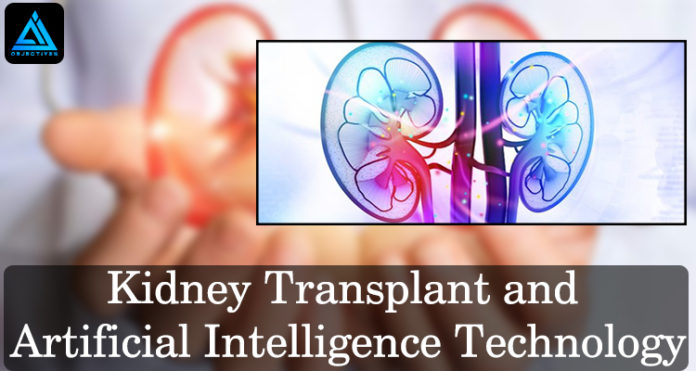 Kidney Transplant: The candidates of tissue and organ transplant mostly wait for a long time as the dangerous conditions with the passage of time. After a long time, if they are lucky they receive a call that organ is gotten and waiting for them. But they also suffer from the difficulty of the process of transplantation and the conditions that whether their bodies accept or reject the organ and tissues, that anti-rejection medicines will push them towards the life of a sicker person or they would survive with that tissues or organ after this procedure. To overcome these conditions. AI has many approaches in Medical Diagnosis

(Boston)—says that using an image to quantify the kidney damage extent and predict the remaining life in the kidney acquired when the patient visits the clinic last time for kidney biopsy. It is possible now to predict this lifetime and other situations in kidney transplantation procedure with the help of Artificial Intelligence. Trained Models are based on Artificial Intelligence which predict the situations like the life remaining in the kidney and whether the tissues will be rejected or accepted. Nephropathology is the study of a specialization in kidney biopsy images.

Most of the cities in the U.S surprisingly benefit from the ‘in house’ Nephropathologists but this situation is not in all the countries in the world. The researchers say that different applications of machine learning like fully connected layers (FCN) and convolutional neural networks (CNN) commonly used for object detection, object recognization and for classification of different diseases as well as are useful and reliable for the proper analysis of imaging modalities including malignancies.

We often heard about the problem of kidney “matching” and kidney transplants. There is eventually some test which are the prerequisites for kidney transplantation. These tests are given below:

In only one country U.S. people about 100,000 are waiting for the transplantation of the kidney organs, but about 17000 of them will only receive the kidney to be transplanted this year. From which only 6000 came from living donors. The kidney donor which fortunately has a family member or close friend step forward to donate, most of them have the problem of incompatibility.

It is odds for the patients and their families. Alliance for Paired Kidney Donation’s (APCD) again repeating the same story by including in the paired donations of those pairs which are incompatible, APKD increases the 50% of matching pairs. It means that 50% more people can take the required transplantation and may enjoy the remaining life. As the number of pairs is increasing the expert system the number of matching pairs is increasing, that’s the benefit of the APKD algorithm.

The noble prize-winning algorithm developed by Alvin Roth used in APKD for matching incompatible pair with other. They use a parameter named “scoring rubric” which is developed by healthcare professionals to find the best match for the compared pair of a kidney.

In this algorithm we use compatible graphs (participants in the kidney exchange), donors and patients are the pairs. A set of transplants recommended by the algorithm as the maximum number of the gauged sets is found.

There are different ongoing techniques in kidney transplantation procedure. Some of them are described below:

Preparation of graft between the time of explanation and implantation is necessary for the late and early function of graft for transplantation. Most of the teams which are doing kidney transplanting are commonly divided into two groups. The first group prepares the donor to carefully perform the extra plantation and the second group prepares the recipient operation. These two tasks may be done at the same time are after the specific time, this delay depends on the distance between the donor and recipient, etc.

There are a lot of factors that can affect the decisions of the surgeon on which site the kidney should be transplanted. Factors may consist of the graft length, the size, veins and /or ureters, a number of arteries, previous surgeries, abdominal organs, anomalies in the donor graft, etc.

The incision and preparation of the skin are mostly similar to the other abdominal organs’ operations. Doctors recommend the patient to bathe before entering in the operation theatre. Hair clippers are also recommended for hair removal immediately before surgery.

The surgeon transfers the graft to the proper implantation site after the preparation of implantation. The site of the anastomosis and graft position should be identified by undertaking the parameters like the size of the graft and the length of the graft. A surgeon may also be careful to reduce the chances of arteries and venous clamping time.

Some research statistics are given in the below points, which defines the kidney transplant rate in the U.S. and worldwide.

The process of placing a living or deceased donor to a healthy kidney, to the person who has affected kidneys by diseases are his kidneys not functioning properly known as a Kidney Transplant. It is a surgical procedure that needs a lot of cautions to prevent any severe condition.

The shape of kidneys is bean-shaped which located below the rib cage on both sides of the spine of sized like a fist. The function of kidneys is to remove and filter the minerals, fluid, and waste from the human blood which results in the urine. When these kidneys not working properly, harmful and dangerous minerals and fluid remains in the human blood and body which causes blood pressure and kidney failure. When the kidney loses its functionality by about 90%, this situation is called end-stage renal disease.

Most common reasons for ESRD given below:

You may also know AI approach in medical: Heart Transplant

COVID 19: How can we use Artificial Intelligence to fight against...

Use of Cybernetics in Artificial Intelligence