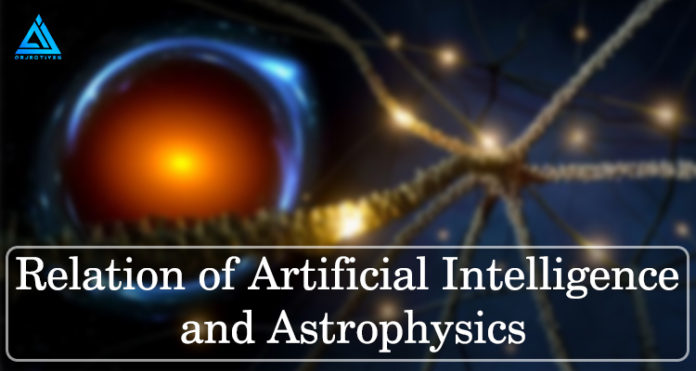 Artificial Intelligence and Astrophysics has hit the world with a storm, with breakthroughs almost every day in the news.

The large size of the astronomical data set (which exponentially increases) requires a new model and approach – artificial intelligence – that must be largely automated and made more effective. Although, Artificial intelligence covers a wide range of algorithms, and the first thing to provide a clear map to navigate this maze and show the techniques used in any kind of science.

What is Artificial Intelligence in astronomy?

Computers able to distinguish patterns in data without being specifically programmed to do so. In recent years, this technology applied to a number of applications, which include voice and face recognition for social media platforms such as Facebook.

However, astronomers also benefit from deep learning, which helps them analyze galaxy images and understand how they evolve. In latest study, a team consisting of international researchers utilized an AI algorithm to analyze galaxy images with help of Hubble Space Telescope. This method proved efficient in classifying and distinguishing between these galaxies based on the stages of evolution.

Although, Astronomical datasets used in machine learning to assembled into planets, stars, galaxies type etc. The accumulative algorithm in unsupervised learning finds good use in astronomy.

Artificial intelligence used in robots and rovers to study planets. They provided with special intelligence to operate when there is no LOS connection (no input from human) with the Earth , due to the eclipse (or) rover heading to the other side of the planet and the front side of the Earth Ranger, then the robot is expected to act alone and reveal any unexpected position ( Or) Visible. Large data from satellites may used to predict the amount of solar radiation or solar radiation that can occur within a year.

In astrophysics, there is considerable use of statistics about the discovery of particles (such as the detection of the particle of god using 5 Sigma method (statistics) and energy (predicted 125 GHz)).

How AI used in sky?

Artificial intelligence has shown increasing interest in many other different fields and also having its path into the space industry. This kind of decision-making of intelligence has already been used with roaming that is currently roaming Mars surface. Because radio waves take up to 22 minutes to move between Earth and Mars, these robots must form some conclusion without orders to standard the mission. Moreover, mission observers on the earth cannot transmit and get data or authority with the proper antennas during their assigned time. To take their own conclusion, Rovers utilizes a driving method that utilizes artificial intelligence to detect revertible obstacles and find out the best way to move. For example, NASA Curio rover can exposure its environment to design a route for a specific attribute (such as a rock) 50 meters aside, while preventing large obstruction along the route.

Artificial intelligence will act as a worth tool for combining through big measure of data. For example, it is being advised as a route to discover life on other new planets. AI system can discover shapes that man may not be capable to place himself to choose planet, which have the right conditions to assist life for us to research. Because space is so large, it consists of infinite stars and planets, black holes are most captivating objects in outer space , hence quickly analyzed by computers than humans.

The astrophysics field has always been data ambitious. Still in recent years, with aspiring all-sky study using wide hole telescopes and big CCDs, the absolute volume of data has innovated new challenges, particularly to the experimental global organization. Very generally, the important challenge is making an efficient picture-reducing pipeline that does elementary work like removing measurement incorrectness and distinguishing objects and their emplacement while also knowing important effects like transients.

Although, Transients are issues defined by impressive modification in luminousness by the time-scales ranging from many seconds to years. New study having terabytes of picture being created in a single night go with unique possibilities to find millions of transients in one night. Yet just visualizing them is not sufficient. To be of the extreme inferior to the data-based astrophysicist, these transients essential to be noticed almost instantly for further examination by the person. This real-time signal detection will involve sufficiently innovative image reasoning and machine learning methods. The figure below shows the growing nightly data measure from both current and upcoming telescopes. This graphic spotlights the value of more prompt data pipelines that supplement machine learning methods to fit the challenge of ever-growing data volumes.

In a paper published in December in the journal Astronomy and Astrophysics, Schoensky and colleagues at ETH Zurich Dennis Turp and Ce Zhang used synthesis modeling to explore the physical changes that galaxies cause as they develop. (The software they used treated the latent space somewhat differently from the way the generative adversarial network deals, and therefore is not technically a GAN, although similar.) Their model created artificial datasets as a means of testing hypotheses about physical processes. They asked, for example, how the “extinguishing” of star formation – a sharp drop in formation rates – is related to the increasing density of the galaxy’s environment.

By Utilizing a machine learning method, a team consisting of researchers of Instituto de Astrofísica e Ciências do Espaço found the radius of an exoplanet by knowing the mass. The team implemented an algorithm that accurately predicts the radius of a broad range of exo-planets, if many other stellar parameters and planetary are studied, inclusive of the mass and equilibrium temperature of the exo-planet.

The radial velocity methodology go with the rule that a star and planet system will rotate about its common mass’center. The  figure shows this.

The idea of latent space is conceptional and hard to conceive, but as a rough measure, think about what your mind can do when trying to determine the features of a human face. You may notice a  nose shape, hairstyle etc., as well as sequences one can’t easily put into words. The computer program likewise looks for outstanding features among the data: although it has no idea what the beared is or the gender, if it has been trained on data sets in which the “man” or “woman” marked on the images. Some of them have a “beared” mark, and we will deduce the connection quickly.

Moreover, Astronomers will have more observational data to analyze as a result of large-scale scanning projects and new telescopes such as the large synoptic telescope, the James Webb space telescope and the large infrared scanning telescope. Deep learning and other machine learning methods can powerful tools for understanding these huge data sets.

You may also know Role of artificial intelligence in black hole.

Artificial intelligence in the field of the aviation industry