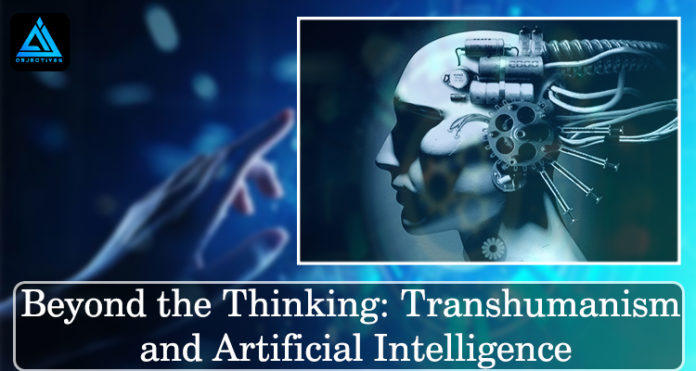 It was the best of times, it was the worst of times. Its time which changing, creation of the universe. It was the time when people got hurt, they didn’t know what should they do? If someone lost his/her arm, he/she has to live with that. Heart patients have no hope of life. From ancient era to post modern era, series of development has happened. These advancement like Transhumanism and Artificial Intelligence has created hope for those who were hopeless in past.

Advanced medical techniques have equipped human to give life to people who were hope less. Still no satisfactorily cure has found for those who don’t have limbs. Now man has started looking ahead of it. Human limbs has been invented for handicapped people so that they can feel equal as rest of the people. These kinds of inventions has entrenched us in a situation where it has become hard to decide what is right and what is wrong? That how we are entangled in ethical dilemma.

Transhumanism is one such thing that has indulge in a situation where it has become hard to decide due to ethical dilemma. Although there are no concise and generalized definition of ethical dilemma still debate on transhumanism is going on due to ethical concerns. There are different kinds of technologies that can been used for this purpose. most important ones are AI, singularity, Mind uploading, megascale engineering, molecular nanotechnology, self replication in robots etc.

Transhumanism is a way of thinking, theory or philosoply that current human shape and intellectual development is not the end of development but it’s in the earlier phase of development. Human development seems beyond imagination to common people. Currently human forms has not been diffused with science and technology. Scientifically and technologically diffused form can be considered advanced human forms. Widely available technology will dis-mental our psychological disabilities and can equip us with physical technologies.

Transhumanism is upgraded version of humans. To err is human, humans are not perfect and make mistake and learn from mistake. With the passage of time, man forgets the experience and make mistake again. Making mistake is a innate feature of man. Only solution to diminish these mistake is improvisation of human version. Physics, nanotechnology, biotechnology and neurotechnology can make human a better version of itself. These technology will help humans to over come limitations and improve the human condition.

In the following section we are going to discuss most important one.

Entropianism is kind of Utopian or idealist approach. It advocate the concept of rationality and optimism. It discusses the use of transhumanism technology for the betterment of humanity. It inculcates the idea that human values will increase continuously and people will live indefinitely.

This is a movement for the belief of technological singularity that will be created by super-intelligent machine. It addresses that slow and steady pace will not create post-humans, Posthumanism. There will be a sudden event that will cause the creation of singularitarianism. Rapid change will be so fast, deep and irreversible that we will rely on giving meaning to our lives.

Democratic transhumanism gives liberty to social fabrics of society to take decision. Liberty is not only confined to the superior cast system but it engulfed the all colors, cast, creeds etc. It gives the each individuals to take the rational decisions. Traditional approach of democracy will be demolished after the introduction of democratic transhumanism.

There are three important dots on transhumanism philosophy.

Transhumanism has raised the question based on ethics. Is it right on ethical ground? such as if someone wants to wins gold medal in Olympic do he have to used that technology. Is is right to save dead body brain? Is it right to cut off someone’s hand and replace it with upgraded hand? There are lots of questions based on ethics which raise point out the vulnerable area of transhumanis.

Prime purpose of transhumanism is avoiding or eradicating aging as a cause of death. What will happen after? Earth has the capacity to bear that much burden. How the amount of global foot print will be adjusted? It is easy assess that transhumanism put more burden on earth. It is also cause of famine and severe famine lead to death of millions of people malnutrition.

Gulf Between Rich and Poor

People who are rich in resources will contain the poor people. Due rights of poor people will be on the mercy of tycoons. It will create widening gulf between rich and poor.

Transhumanism uses many technologies like Mind Uploading, Megascale Engineering, Molecular nanotechnology, Self replication in Robots etc. Artificial Intelligence (AI) is a technology which is used in transhumanism, that used to develop intelligent machine which has the capacity to take decision like humans do. Artificial Intelligence and transhumanism walk hand-in-hand. It encircles system’s feeling, creation, communication, thinking, and thoughtful synthetic intelligences with conscious experiences.

Every prognosticator possesses different kinds of views. Some are optimist and some are pessimist. According to rationale approach, neither optimism nor pessimism can predict future. One of the best approach, in this perspective, is being a realist. It means try to observe things in a realistic perspective. According to realist approach, Transhumanism is good for those who met with an accident. Replacing damaged hand,kidney etc with Artificial ones is a helpful approach for humanity. Making human immortal and grasping control over resources for longer time make people deprive of their due rights. Technology is neither good nor bad itself, good or bad purpose use defines the human.

You may also know World of Post humanism and Artificial Intelligence

What is Voice Speech Recognition | How does it work?