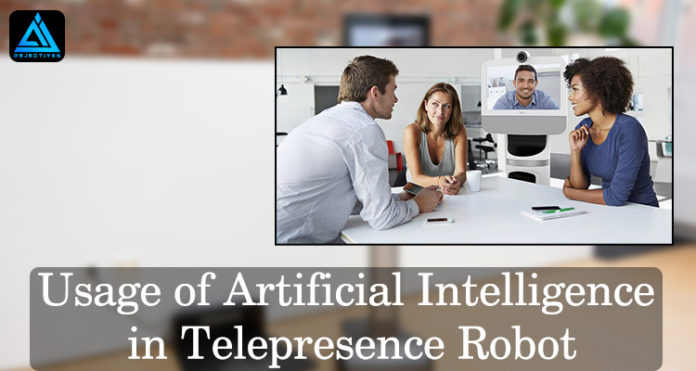 What is telepresence robot?

Telepresence robot public exposure likely to came in 2010 through popular TV series Big Bang Theory, Sheldon Cooper named character drives robot to meet his friends avoid catching germs from them. A telepresence robot is human controlled robot using smart phone, tablet or computer which equipped with camera, speakers, microphone and a screen to interact with other persons around, as well as provide channel of communication to its operator.

Controlling this robot, operator not only drives but also able to talk to other persons around. Most of these models designs include display screens or tablet attachment options to provide audio and video interactive features.

History and Invention of telepresence robot?

Telepresence robots are very popular among general public due to widely diverse use cases. Corporate offices, schools, hospitals, business ware houses, medical clinics and many more are now using telepresence robots to take prudent advantage of its latest technology. Consequently, these robots are gaining popularity by themselves due development, utilization and exploration of them. Owners of these robots are appreciating time, money and energy saving, and enhancement in presence and communication which are key use case of telepresence robots, regardless of area and location.

“Intriguing,”!  “but of why do I buy it? What benefit can a robot will do for my business and myself?”

One of many answers is, as discussed above, “far reaching” pair of mobile “eyes” and “ears,” can be provided by telepresence robots, enabling user to have a virtual presence at any location with internet availability. For example, lets consider that you have an office in Lahore and your base is in Karachi, for some reason you are upgrading Karachi office but not able to stay there, in that case you can use telepresence robot to monitor each and everything from Lahore virtually and ensure perfection.

On average more than 2 million people die every year in India due to lack of medical facilities. Most importantly shortage of specialist doctors in remote areas. Even in some cases, equipment for medical operation was available but doctor was not in country, which eventually leads to patient’s death. But good part is now we can use telepresence robots to cover doctor absence issues. If a specialist is in America and Patient is admitted in Pakistan, doctor can still conduct a operation by his virtual presence.

Artificial intelligence in Telepresence robots will be able to control robotics arms:

Another good thing is, robots never gets tired so if robotics arms will be used for long duration operations such transplantation if organs and removal of tumors, it will definitely increase success ratio for doctors as well as patient survival. Some of research also confirms that in coming years those telepresence robotic hands will be controllable directly through human mind so that doctors will only sit back remotely and perform whole operation by virtual appearance and robotics arms.

Second most useful use case of telepresence robot is conference agents. Technology has already transformed our corporate culture a lot. From last 2 decades there is no barrier for any business to enter international market just because of fast and reliable internet connectivity. There was a time when people have to travel a lot to make their business deals. But with introduction of video conferences over internet trend enters into new era. Some of very common and popular software like skype made it easy to virtually attend meetings and take necessary steps to accelerate business worldwide.

Telepresence robots are the future of those video calls. It will provide more access to the managers to control their staff remotely. It is different from video conferences because users are not able to look around outside conference room. But using telepresence robot’s user will be able to move inside office as per need and communicate with their staff remotely. Adding more ease to it AI will perform its job. Newer model of telepresence robots will be autonomous and learn maps of indoor structure at once, then user only have to pin point room or location to move and it will plan its path accordingly. ROS base Kabuki robots are commonly known for this kind of tasks.

Another useful use case of telepresence robot:

Telepresence robot are personal assistants. Those are able to perform multiple jobs as per each individual need. Like as If you want to baby sit your kid remotely you can use telepresence robots for that. And adding Artificial intelligence in Telepresence robot to it will not only provide live view of your kid activities but also it will track and analyses activities of a kid and generate alert for the parents or guardians.

We all know Technology is a blessing, but on the other hand it’s a curse too. Considering smart phones as reference, it is observed that it provides number of enjoyments but the fact is it is also making people mentally sick. Likewise, there are no on ground socializing left anymore. With rapid demand in telepresence robots, things will get smoother for employers but not for employees. People will face privacy issues. Too much surveillance will reduce their productivity because of mental pressure.

But the good thing is it will increase ratio of healthy life with the help of telemedicine robots. People will not struggle for treatment anymore. Robotics arms controlled by doctors will perform operations in remote areas.

4th wave is the need of 21st century, but there should a balance between natural and artificial (Artificial intelligence in Telepresence robot) life style. To maintain that, IT Giants are already working on regulating things and keep things under control. But there is lot more to do.

You may also know Supervised learning in Machine learning.