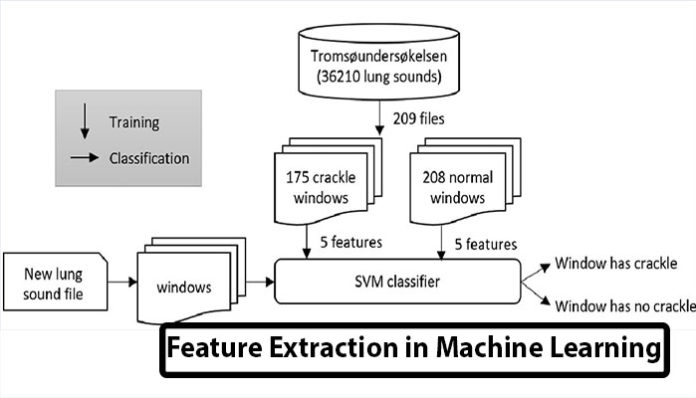 Garbage In, Garbage out phenomenon has much importance in the domain of machine learning, which states that in order to get quality output, quality input is the necessary thing. Quality input in the machine learning refers to the selection of features which are definitely dependent on the domain of problem we are trying to solve.Machine Learning, in small problems feature selection process can be done manually, but problem where number of features are greater than number of instances and problem is referring to unknown domain, then features selection is a tedious job in Machine Learning.

Like Sparse auto encoder which is used for Features extraction and it is not only the process of extracting list of words from the textual data but also transforming these words in to acceptable form for the classifier, which is basically a vector form containing numerical values.

Balanced Accuracy measure method ACC2 treats with diagonal and axis features equally but NDM treats them differently because according to NDM diagonal features are less important than the features near axis. Thus for that purpose in NDM features are normalized with minimum of tpr and fpr as explained in the equation below.

Odds ratio deals with the occurrence of feature in the class. It give high priority to the features which are in the specific class but not in the other classes too. In this method features which occurs in multiple classes are discard.It does not consider irrelevant and redundant features.

In NDM technique if the denominator is very low then features ranking is rank wrong. So to resolve this issue we can take its product with maximum of tpr and fpr as shown in the equation below.

Bag of words also known as unigram is the simplest technique for features extraction, where text is represented in the vectors form. Bag of words vector contains all the words in the text available and duplicate words are write once. Next you iterate through the vector and mark 1 if word is present in the text, otherwise mark 0 which represent absentees.

T3: The pasta was delicious, will come back again. (8 words)

Derived Corpus): The, food, was, terrible, I, hated, it, restaurant, very, far, away, pasta, delicious, will,come, back, again (17 words)

Words with higher frequency are considered dominant in Bag of Words technique, so if word is not important in the domain but exist many times then that word will be given preference than the others which does not exist frequently but have importance in domain. In that scenario bag of words will not work, so TFIDF captured that scenario by counting words not only in the corresponding document but in the all documents too. Term Frequency (TF) is the frequency of the word in the current document. Inverse Document Frequency (IDF) is the score of the words among all the documents.

Pearson co-relation as name suggested is the technique of finding relation between linear words. For example, if we talk about textual data than for the purpose of context capturing pearson co-relation will be beneficial, because it can find the statistical relation between words available in the corpus. The coefficient returns a value between -1 and 1 that represents the limits of correlation from a full negative correlation which is -1, and full positive correlation which is 1. A value of 0 means no correlation. For example, you can use a Pearson correlation to examine whether increases in temperature at your production facility are related with decreasing thickness of your chocolate coating.

The Spearman correlation coefficient based on the rank values for each variable rather than the raw data, which means variables are ranked first and then correlation is calculate between two variable. For example, you can use a Spearman correlation to examine whether the order in which employees complete a test exercise is related to the number of months they have been employed.

How to Write Notation in LaTex