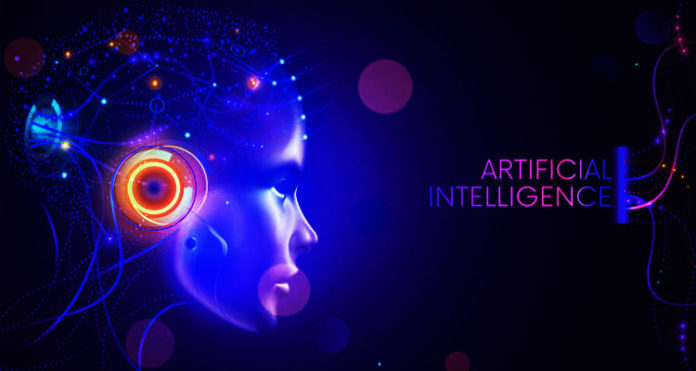 Robots are precisely defined as the electromechanical devices/machines that have the ability to see think and act. The term Robot derived from the Czech word ‘Robota’ means ‘Forced Labour’. The term Robot was first used in 1920 in K. Capek’s play, ‘Rossum’s Universal Robots’. With the introduction of artificial intelligence in robots the robot market has been revolutionized and also usage of robots is increasing in all fields. In fact, The use of robotics has revolutionized the industries by increasing production and decreasing the costs. But the use of robots is not only limited to the industrial level. Also, A lot of research and development is being done for Home Services Robotics

The home or domestic robotics industry had existed since the ’90s. One of its commercial early examples is the Electrolux robot vacuum cleaner which was in a market in 2001 as a domestic or home service robot. Robots with artificial intelligence are used nowadays to assist humans in multiple domestic chores. And In this article we will discuss some of the major home service robot categories stated below:

It is said that home service robot adoption will significantly increase in the next few years, but still, the use of Artificial Intelligence technologies is fairly recent. While moving further in this article we will try to answer the following questions.

This category of Domestic Robots includes toys and hobby robots. A world robotics report, published in 2017, estimates that almost 2.5 million units of entertainment robots were sold against the revenue of $1.1 billion. Below are some of the domestic robot products in this category widely use nowadays with some having advanced AI technology adoptions.

The home entertainment robot Cozmo is an artificially intelligent toy from San Francisco startup ANKI. In its 2016 launch report, the firm markets Cozmo as a “robot with a big personality and a host of emotions.” Cozmo’s “personality” is powered by deep AI, robotics, and computer vision according to the study. Using an OLED camera integrated, Cozmo will “recognize and remember people.” The robot comes with an App that is compatible with devices like Apple, Android, and Kindle Fire. It also has built-in content for gaming which is continuously being revised. The report claims that the robot’s skillsets increase over time with new activities as he becomes more “familiar” with a player.

Emotech’s Olly, like Amazon Echo or Google Home, is an assistant robot that is voice-activated. Emotech claims this robot has an “evolving personality,” which means it reacts differently to various users. It is possible to “understand” the facial expressions of users and voice intonations and verbal patterns through computer vision, microphone arregling technology, and an “emotional character engine.”

Nevertheless, it is not very clear how the technology of the character-emotion engine functions. The capabilities of the robot also apply to information retrieval and the interaction with other connected devices.

Moreover, Due to the strategic value of the technology, entertainment robot manufacturers with integrated AI technology can take advantage of new markets like education. As a functional artificial intelligence learning tool, for example, the Lego Mindstorms robotic platform has been built at Northern Iowa University.

Moreover, This category of Domestic Robots includes robots for Vacuum Cleaning, Lawn Mowing, and floor cleaning, window cleaning, and also window cleaning robots. Over the last few years, there have been some rapid improvements in cleansing robot abilities. Some of the premium products in this market are now in their 6th generation. Original Equipment Manufacturers are more looking for adoption of Artificial Intelligence Technologies especially for lawn mowing, floor cleaning, and vacuum cleaning chores. Below are some of the domestic robot products in this category widely use nowadays with some having advanced AI technology adoptions.

Its first model was launched in 2002 named Roomba with very basic AI features like stair avoiding and walls identification. Its latest model has Advanced decision-making abilities powered by Artificial Intelligence like the ability to room size scanning, obstacle identification, remembering of most efficient methods and routes, and automatically dock itself for recharging of batteries. No doubt that the artificial intelligence applications in Roomba are not that much calibrated as is in Facebook’s Facial recognition or Apple’s Siri, but still its the industry standard in its class.

it’s a perfect example of a domestic robot embedded with artificial intelligence engine of speech recognition. It has functions such as reporting the current status of the robot through spoken messages and a combination of blinking lights. This product comes with a set of predefined messages and responses to simulate simple conversations, such as “Good Morning” or “How’s it going?

BOSCH is a German-based electronic corporation spread worldwide established in between early 1920 and 1930. they introduced there smart vacuum cleaning robot named Roxxter that uses artificial intelligence applications to draw interactive maps of the environment. According to the bosch.com, “Alexa,

tell the Home Connect robot to vacuum the kitchen!” That sentence is enough to send Roxxter into action. It is currently the world’s only robot vacuum cleaner that can be accurately activated and controlled by Amazon’s Alexa.”. This robot comes with a Home Connect Map using which one can specify no-go zones for a robot in the map and can switch in between multiple maps like for different floors or second home etc. As it can be controlled by Amazon’s Alexa so one can command it from anywhere to clean any location or to visualize the environment using its camera for surveillance.

In fact, With the increasing demand for robotic products for domestic purposes, this specific field is also growing. In the 45th Tokyo Motor Show, Honda presented the concept of Honda AiMiimo, a new robotic lawnmower. And They claim that this concept is an automotive and able to communicate with users using AI. It is not yet clear how the robot will utilize artificial intelligence for conversations. Businesses are investing more in R&D of cleansing robots. DYSON, a well known electronic firm, invested 587 MILLION Dollars for an R&D center in Singapore mainly emphasizing connected tech and intelligent machines. Cleansing equipment manufacturers are investing more to collaborate with artificial intelligence technology providers.

The name speaks for itself. This is no doubt one of the most sensitive domestic robot fields of work. Below are some of the domestic robot products in this category widely use nowadays with some having advanced AI technology adoptions.

Flare, an AI-driven domestic security system, has been introduced by BuddyGuard, a Berlin-based company. Initially sponsored through a crowdsourcing program, Google’s Nest Cam and similar products are now struggling with the offering of the business. Nonetheless, it is equipped as a smart security camera that is powered by AI. Flare uses AI to identify unknown images and sounds so that the householder can be alerted to intruders

Deep Sentinel is an American company that aims at selling home security and also surveillance solutions powered by AI that can “predict and disorder crimes before they occur.” Deep Sentinel claims that it has “optimized the AI technology.” A Report is made that Deep Sentinel achieved this with a combination of neural networks, computer vision, and profound learning. However, it does not further develop the technology. In May 2017, Shasta Ventures, Lux Capital, Bezos Expeditions, and UP2398 reported that the company raised $7.4 million.

TechCrunch 2017 paraphrasing a client article: Deep sentinel’s goal is to expand the home protection and monitoring market by extending the security line to a property perimeter rather than a house perimeter. Other consumers will cost homeowners thousands without ever walking into their houses, just by sniffing an Amazon delivery on a front porch. A change in behavior would require a change in home security firms ‘ systems.

But legacy players such as ADT, who had been founded in 1874, did not keep up. Selinger can both be optimistic. In order to achieve this, the company produces a number of deep learning cameras that can assess threats to an estate. This is the same technology automakers use to identify people and also objects in their photos for self-drive cars and businesses such as Facebook.

A Stanford report entitled “Artificial Intelligence and Life in 2030” predicts the rapid adoption of domestic robots by 2030 with the inclusion of emerging IA technologies in robotic technology, such as speech acknowledgment, understanding of natural languages, and also image labeling. “Early predictions that many new applications for home robotics not be discovered materialize, according to the Stanford study. Robots’ ambitions are set in the limit too small apartments, whereas real homes have many single steps and often staircases; very little research done on robotic mobility in real homes.

Further, there are a few applications in which humans want to buy enough. Hardware platforms remain difficult to build.” When home robotics is omnipresent, many of the theory threats are likely to be brought to public attention, and it seems that laws and guidelines should eventually be set down to protect consumers (though businesses are obviously allowed to gather and use the data if it is up to them).

You may also know: Role of Artificial Intelligence in Education

What is OLAP? | What is Online Analytics Processing?