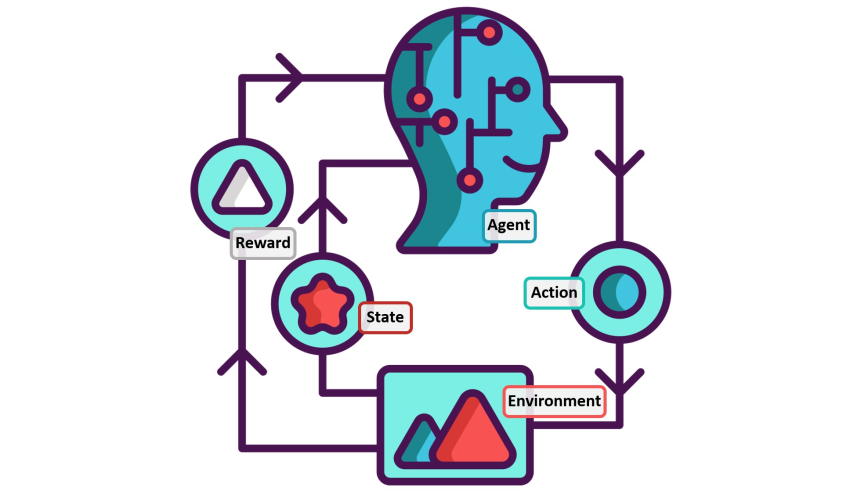 What is Reinforcement Learning?

Reinforcement learning is a semi-supervised Machine Learning algorithm which permits software agents and machines to automatically determine the ideal performance within a specific context, to maximize its performance. This technique allows an agent to take actions and interact with an environment, learn from that interaction and then maximize the total rewards. RL, is all about taking decisions sequentially. In simple words we can say that the output depends on the state of the present input and the next input depends on the output of the previous input.

Reinforcement learning (RL) differs from the other machine learning approaches in a way that in other techniques, the algorithm is not explicitly told how to perform a task, but works through the problem on its own.

In Supervised machine learning technique, we have input and output in the form of labeled data that we used to train our system. Whereas in reinforcement learning, there is no training data that the reinforcement agent decides what to do to perform the given task. In the absence of training dataset, it is bound to learn from its experience.

Reinforcement learning in AI consists of a collection of computational approaches that are primarily motivated by their potential for resolving practical problems. RL is inspired by behaviorist psychology. It is similar to how a child learns to perform a new task. As an AI agent, which could be a self-driving car or a program playing chess, interacts with its environment, receives a reward state depending on how it performs, such as driving to destination safely or winning a game. Conversely, the agent receives a penalty for performing wrongly, such as going off the road or being checkmated.

The AI agent over time makes decisions to maximize its reward and minimize its penalty using dynamic programming. The advantage of this approach to artificial intelligence is that it allows an AI program to learn without a programmer spelling out how an agent should perform the task.

There are different algorithms that are used in reinforcement learning. We are discussing Q learning algorithm for understanding.

Q Learning is a simplest form of Reinforcement Learning which uses action values and Q-values to improve the performance of the learning agent. Q-learning lets the agent use the environment’s rewards to learn, over time, the best action to take in a given state. The main steps in Q learning Algorithm are:

The agent takes a number of transitions from the current state to reach the goal state. These transitions based on number of actions which agent take while interacting with environment. The price and penalty added after each action.  The agent reaches the goal state and complete his one episode successfully.

We have an agent robot and a goal state, with many obstacles in between. The agent is supposed to discover the best possible route to reach the goal.

The above figure shows robot agent, diamond and fire. The goal of the robot is to get the prize that is the diamond and avoid the obstacles that is fire. The robot learns by trying all the possible pathways and then picking the route which gives him the reward with the minimum hurdles. Each correct step will give the robot agent a reward and each incorrect step will deduct the reward of the robot agent. The total reward will be calculated when it reaches the final reward that is the diamond.

The input is an initial state from which the agent will start.

The training of agent is based on the input; the model will return back a state and the user will decide to give reward or punish the agent totally based on its output. The agent keeps continues to learn.

The best result is decided based on the maximum reward.

Reinforcement learning has been applied successfully in a number of areas, which has produced some successful practical applications.

Step 3: Create the training algorithm that will update this Q-table

By using this code we can apply the Reinforcement learning and measure the performance of our agent. 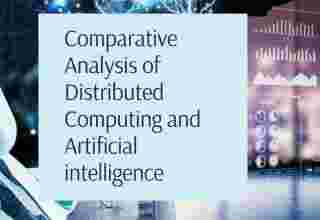