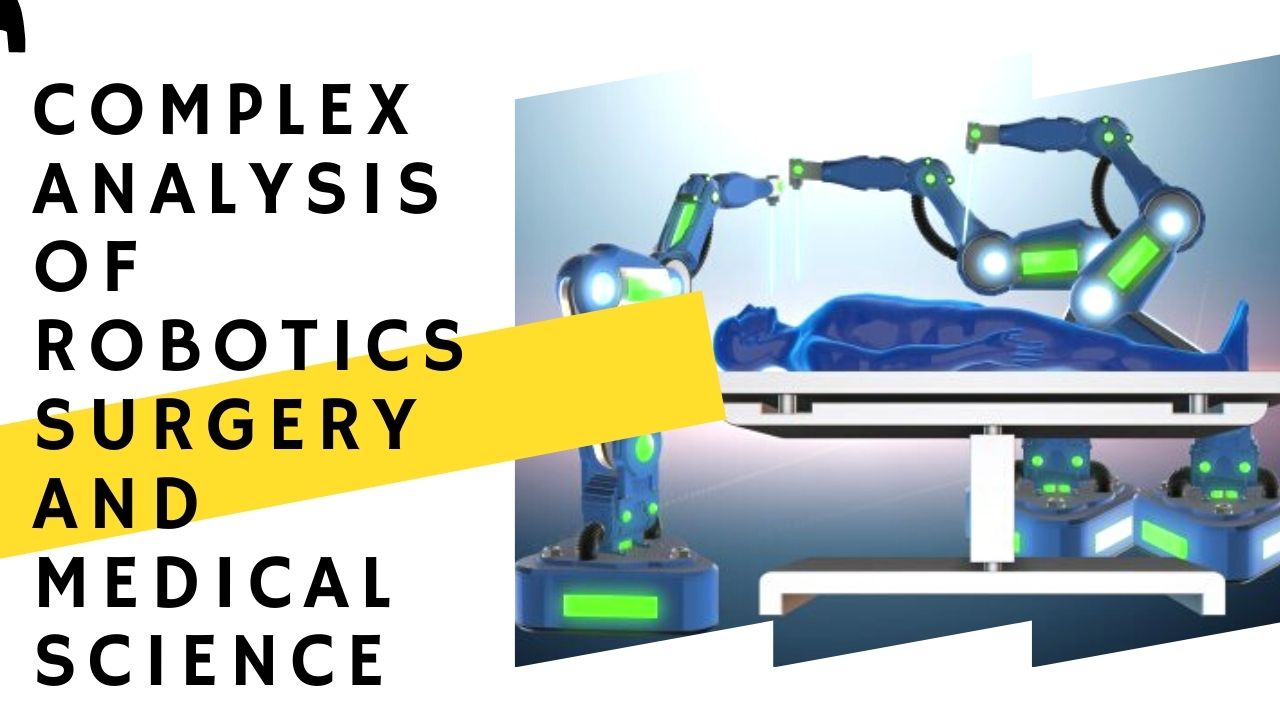 What is Robotic Surgery?

Avoiding of physically touching a patient and operating remotely with minimally invasive methods are the features of robotic surgery. Robotic Surgery is also called robotic assisted surgery that has revolutionized old ways of operating patients and gives more control while surgery than techniques available before. In other words, unlike to the traditional techniques, robotic surgery is a minimally invasive procedure that help the surgeons to perform complex surgeries with precision and accuracy. Here minimally invasive means miniaturizing of surgical equipment so that doctors can avoid large incisions and can use robots to perform the procedure. Robotics Surgery and Medical Science can also be used with the traditional techniques of surgery to ease and minimizing the complexity of surgery and can share the work load of a surgeons. Similarly, advancement in the field of medical sciences, medical imaging and endoscopy techniques leads the researchers to invent tiny robots that can perform these duties efficiently.

Development in the field of robotics has been noticed on a rapid pace since last century. Because of its great applications both in industry and social life, scientists has done a lot of research in this area. History of robotics starts in 1921 when the term of robot was introduced by the Karel Capek (Czech play writer). He used them in his play (Rossom’s Universal Robots). Since after it is being used industrially and socially. However, with passing time the accuracy and precision of robots increased and it was the time when scientists used the robot in the field of medical science. It was 1985 when PUMA 500 (robotic arm) was used for first time in neurosurgical biopsy. It is the robotic surgery which lead to preform Laparoscopy. Laparoscopy is the technique which uses tiny fiber optics to visualize the inside of body while surgery. The first laparoscopy procedure, a cholecystectomy was performed in 1987. Later on development got boost especially in this field when in 2000 a robot named as da Vinci Surgery System was approved by Food and Drug Administration (FDA) for general laparoscopy. This is the robot which gives three dimensional magnifying view to the surgeons. Moreover, its one centimeter diameter arm really helps the while performing precise surgeries.

What are Robotics Surgery and Medical ScienceTechniques and Examples?

There are different types of robotic surgeries for example laparoscopy, thoracoscopic and keyhole surgery. These are different minimally invasive techniques that uses robotics.

In the techniques mentioned above endoscopy is used by doctors. Endoscopy is the method in which doctors use optical fiber camera and send it through mouth or nostrils. This tube is linked to use tiny surgical instruments. In this way, doctors do surgery by viewing inside the body of subject on screen without making incisions or touching tissues.

In 1990 first time robot was used for cardiac surgery. The first technique named (MINIMALLY INVASIVE DIRECT CORONARY ARTERY BYPASS) MIDCAB uses to bypass a single vessel on the frontal surface of beating heart through a small anterior thoracotomy. A second approach to perform task is through endoscopy, in which the procedure is performed on arrested heart using cardiopulmonary technique. As cardiac surgery involves complexities so endoscopy is not recommended to perform the task. So both surgeries, mitral valve and simple coronary bypass is done by using small incision.

Based on the Robotics Surgery and Medical Science techniques mentioned above, OPCAB (OFF PUMP CORONARY ARTERY BYPASS GRAFTING) evolved which is capable of doing multi-vessel surgery on beating heart. It requires median sternotomy incision but less incision as compared to open heart surgery. Although it is still wide exposure but surgery on beating heart gives better outcome as compared to old techniques available. The feasibility of this procedure depends upon the mechanical stability of instruments used in surgery.

First advantage that make this technology attractive both for subject and operator is its capability of requiring small incision as compared to conventional technique. Moreover patient feels relax while operation.

On the patient end this technique is friendly because it hurt the patient less as compared to old times. Especially in the case of open heart surgery where risk of life was far more than now a days.

Robotic surgery does not require long hospital stay and saves both time and resources.

There are a number of surgical system advantages as it provides better inSIte Vison (3D), digital camera zoom and its stability and improved dexterity.

The major disadvantage is its high cost. This cost comes not only in startup but also it requires special attention while maintenance and also need special resources to look after the robotic system.

The major risk in this technique is chance of breakdown of any instrument while operation which arises more complexity. As this system usually use 8mm ports.

This high demand of robot reflects the interest of industries in robot because of its benefits which include time saving and reduction in labor cost. On the other hand, it has great impact on society as it is becoming the cause of unemployment which ultimately give rise to poverty in society. In addition to this, it is the cause of monopoly of robot manufacturing companies. Especially in the case of robot used in medical that are patent by particular companies. This all become the cause of unequal distribution of wealth which is the root cause of inflation.