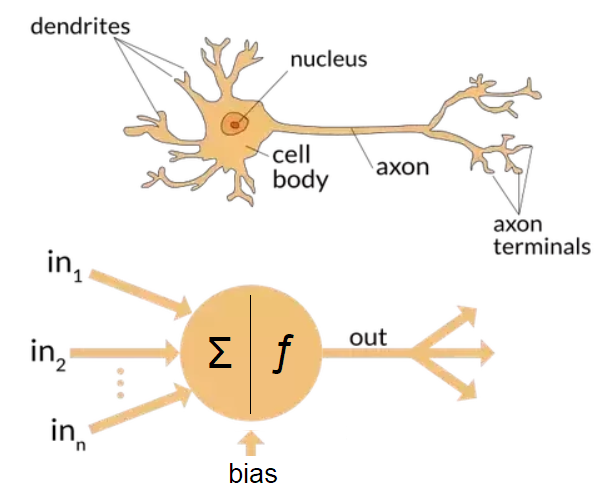 As we know that, concept of artificial perceptrons and neurons were based on the system of human brain. It work same as the human neural this idea actually established when back in 50s scientists observes the human brain.

This idea is basically depends on the perceptron (we may call them predecessors of artificial designed neurons) that we can artificially make some parts of neurons i.e. axons, dendroid and bodies of cell. These can be replicate simply by using mathematical models in which little knowledge of how they work internally is required. It work in this way as dendrites receive the signals and once dendrites receive handsome amount of signals they sent down these signals to axon. In this way the sending amount of signal become the input for the remaining neurons. There are some signals that are more valuable than other signals and these signals are used to activate some neurons. Either the connection is weaker or stronger, other connections can take place while the previous connection can still exist. All this working can be made just by making a function that will take list populated by weight of input signals and gave us the result of some kind of signal only if the sum of weights taken as input reach a particular bias. Simple classification task can be done by this model alone.

Three processes are going here, in first stage every input is multiplied by a particular value (weight).

Then, every weight is added with a bias b

At last, the sum is passed to an activation function.

“A hidden layer is any layer between the input (first) layer and output (last) layer. There can be multiple hidden layers!.”

Loss function is a significant part in artificial neural networks, which is used to measure the difference between ground truth value and the predicted value. MSE Used for loss calculation :

Before training our data we have to calculate loss for our model, we can find loss by different methods such as Cross entropy, MSE (Mean square error). After finding loss we optimize our neural network to give us better result. Optimizing is done by tuning the several parameters in the network it can be done by using different already implemented optimizers.

Technique through which we propagate total loss reverse in the model is called back propagation. We used this technique to know about the loss on every node and then according to this we can further optimize our model. We calculate delta at every unit that’s how back propagation works 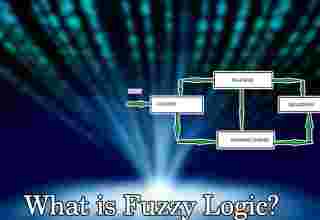 What is Fuzzy Logic? The word fuzzy describes to phenomenon which are ambiguous or …